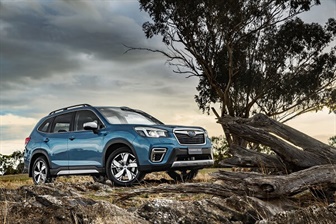 DMS is just one of many significant advances that underline Forester’s status as a leader in its class for driving fun, safety, whole-of-life value and sure-footed performance both on and off-road. 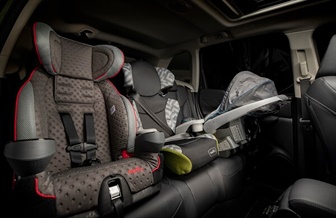 Among the other Forester highlights:

Roomiest Forester yet - distance extended between front and rear passengers. For added customer convenience, Forester becomes the third Subaru model, after Impreza and XV, to transition to a 12-month/12,500 kilometre service schedule, thanks to efficiencies gained via the Subaru Global Platform.

Subaru Australia Managing Director, Colin Christie, said: “Forester was Subaru’s best-seller last year, with over 12,000 vehicles sold, taking us close to a quarter of a million Foresters sold since launch.

“With the launch of this new generation, we see every opportunity to build on that success, thanks to the new model’s great combination of emotional value, practicality, and technology.

“New Forester is even more family-friendly - spacious, safe, fun and efficient, offering a great combination of comfort and adventure.

“The many safety-related advances, from Driver Focus to EyeSight, X-Mode and RAB, also clearly demonstrate Subaru’s ongoing and oft-stated commitment to five-star safety credentials. It’s a growing portfolio of features that reflects ongoing refinement and innovation by Subaru Corporation.

“Of course, it’s all underpinned by Symmetrical All-Wheel Drive, in an age when many have a tenuous link, at best, to this key SUV attribute; and contributing to both safety and capability.

“220 millimetres of ground clearance instantly puts Forester ahead of the pack when it comes to genuine SUV credentials.”

“Forester has gone on to become one of the most awarded vehicles in Australian automotive history – including multiple Australian motoring organisation awards.”

A Forester variant was the first Japanese-made vehicle – and first compact SUV – to receive a five-star ANCAP rating, in early 2003. That established a trend followed by the entire Subaru Australia range.