Subaru do Fifth in WA

Subaru do Motorsport team has finished in overall fifth place* in the Make Smoking History Forest Rally, in Western Australia.

The team finished Heat 2 in sixth place today, in the first round of the 2019 CAMS Australian Rally Championship.

On cumulative points across both heats, it meant overall fifth for the All-Wheel Drive Subaru WRX STI, prepared by Orange Motorsport.

Action then returned this morning to the eight longer forest stages outside Nannup, including two challenging runs through the rally’s longest stages, SS15 and SS18 Range 1 and 2.

Fourth place on SS14 generated growing confidence, but an electrical gremlin with the Production Rally Car (PRC)-class WRX STI on the long SS15 Range 1 cost serious time, relegating Taylor and Read to seventh on stage, with a 45.2 second deficit to first, also pushing them back to fourth overall.

There was also the challenge of getting through SS16 before the final, lunchtime service.

A decision during the morning to again increase the starting gap between cars from two minutes to three, due to heavy dust, prompted cancellation of the day’s final stage, SS19 Galena – organisers deemed the rally would have finished too late in the afternoon.

That left just two stages after service for Taylor and Read to rescue some points action.

They dug deep to keep running despite ongoing electrical challenges, to produce an eighth place on SS17.

They did particularly well to nurse the car through the repeat of the 18.96 km Range stage, enabling them to accumulate hard-earned points at the conclusion of a challenging heat.

Molly said: “It’s been a challenging day, but ultimately rewarding to achieve points after battling through the last four stages.

“We certainly proved to ourselves in the first three morning stages that our pace is up there, and our confidence in the new car is growing with every kilometre.

“But the electrical problem on SS15 set us back and we were glad to make it through to lunchtime service.

“All in all, it’s been a good start to the season and we feel that this package is going to be really capable based on our early experience.” 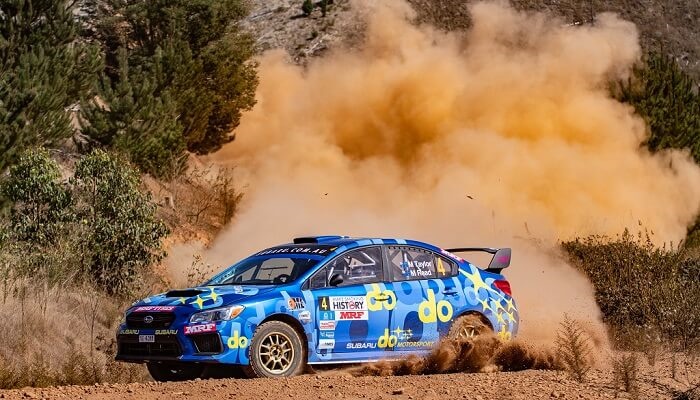